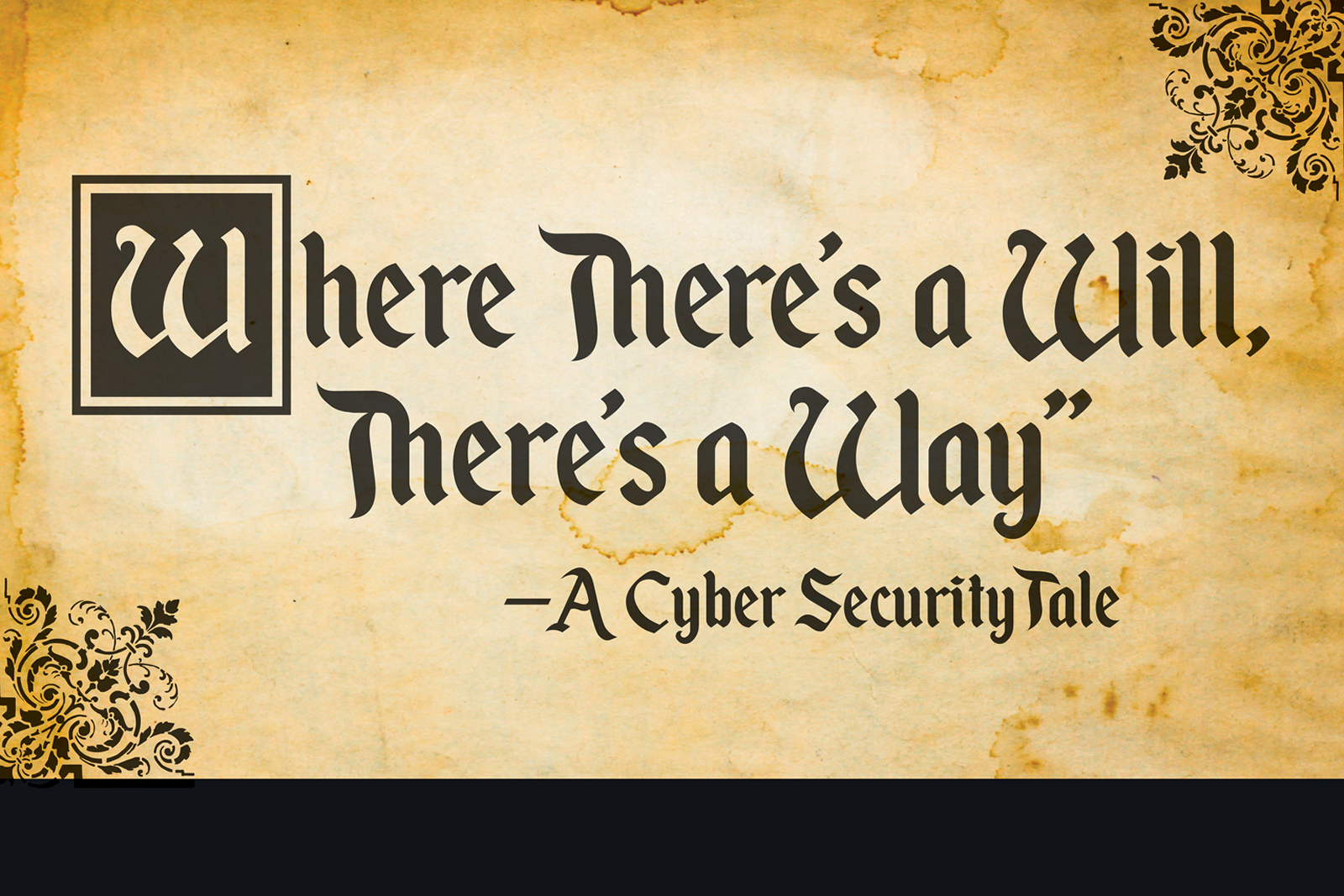 Throughout the history of mankind, ingenuity and determination have played outsized roles in the advancement of civilization. Were it not for the tenacity and dedication of Nikola Tesla, for example, we would not be enjoying the convenience of alternating current (AC) electricity. Alexander Hamilton, a penniless orphan born out of wedlock, came to the United States from the Caribbean as a young man and went on to become one of our Founding Fathers who created the central banking system and U.S. Coast Guard.

These men personified the English proverb, “Where there’s a will, there’s a way,” at its grandest. Yet we all show determination in some way, shape or form day to day. It’s how we get straight As or achieve some other personal best. And — for better or worse — it also happens to be a motivating factor for getting what we want.

I’d like to explore this last case and the effect it has on an organization.

Once Upon a Time in the Workplace

Our story begins with a routine investigation of an adware or potentially unwanted program (PUP) on an endpoint. Although these types of alerts are not directly “malicious,” they do hijack your web usage to try and monetize your browsing experience. These actions can include injecting advertisements, installing browser toolbars and hijacking your searches. Typically, we’re able to identify this behavior quickly, remove the PUP and move on.

We wanted answers. And to get at them, we needed to understand the sequence of events:

We investigated the triggering application for the download, in this case Internet Explorer. Obviously, the web browser didn’t download the PUP on its own; something external told it to do so. Lo and behold, we found a process called psiphon3.exe. Now, we’re getting somewhere!

Using EDR data, we searched across the entire endpoint landscape and found three other hosts that registered this application. Time to figure out what this psiphon3.exe is and its purpose. Using Google as our first resource, we identified this application as a VPN tunneling software. According to its website, it’s meant to allow the user to surf the internet anonymously and to avoid censorship so that you can “get to the content you want, whenever you want, wherever you want it.” It even went as far as to say the application is a “circumvention tool”! (Will, meet way.)

Now that we know the “what,” we needed to figure out the “why.” Using data from the firewall logs, we were able to understand the traffic patterns. In looking at the bytes sent/received, an inordinate amount of data was being downloaded — to the tune of 20GB in two hours!

Armed with this information, the local IT team went to investigate, discovering that employees wanted to pass time in the office by streaming movies. These users recognized that the IT security team placed restrictions on web browsing from corporate assets on the corporate network. With little to no regard for the unintended consequences of their actions, the employees used a circumvention tool to get what they want.

Fortunately, this incident was fairly innocuous and able to be remedied rather quickly, but the consequences could have been much worse. This tool opened unfettered and untraceable access from the internet into the corporate environment and vice versa!

Moral of the Story

I offer this real-life scenario as a reminder that technology is not the panacea to all our cyber security problems. Technology + people + continuous process is necessary. Take note of the word “continuous.” In our industry, you cannot “set it and forget it.” It’s absolutely essential that we constantly monitor and tweak our detection and response methods and adjust these as threats evolve — whether these are intentional or unintentional.

Until next month, keep fighting the good fight.